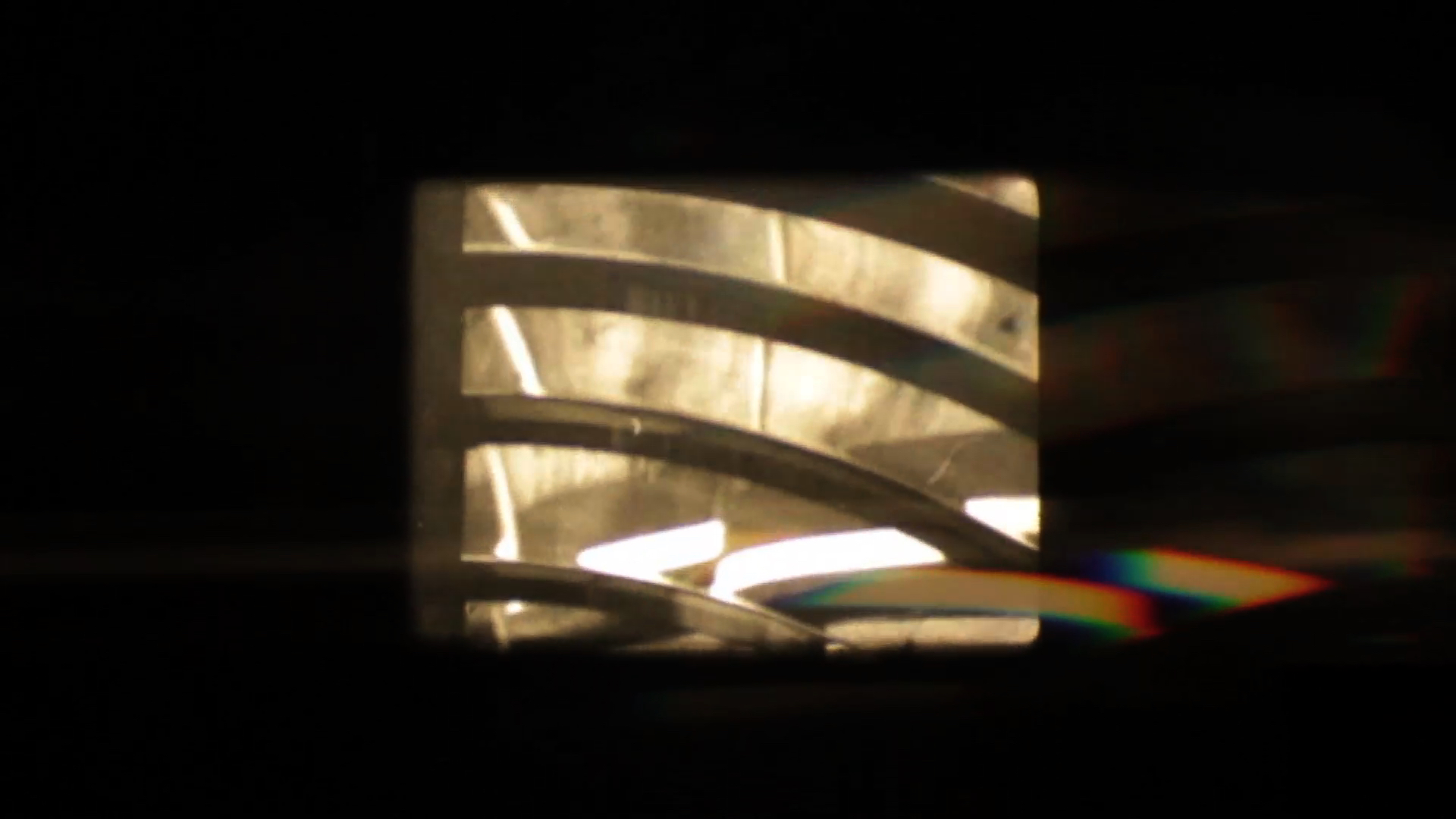 ‘guided light #1 is the first in a series of film installations which draws an analogy between a lighthouse and a film projector. Both of these obsolete technologies remind us of things lost which are in need to be recovered. Just like a lighthouse, the projector guides the viewer by casting a light through a lens into the darkness. guided light #1 shows a play between the camera lens and the lens of the lighthouse.

At times drawing from early film history, when film was above all a tribute and celebration of the medium itself, my works make use of the fact that film is both a concrete medium of colour, light and sound and an illusory vehicle for intangible concepts. Britt Al-Busultan uses the medium of analogue film for film installations, short films and live cinema performances.

Philosopher and sociologist Henri Lefèbvre (1901-1991) defined everyday life as the intersection of “illusion and truth, power and helplessness; the intersection of the sector man controls, and the sector he does not control”. Here a perpetually transformative tension occurs between different, at times incongruent and antagonistic rhythms: the body’s polymetric bundles of physiological rhythms, social rhythms, and customised rhythms. Her works balance upon the above mentioned intersection.

Al-Busultan invites the viewer to enter a space of an elsewhere, that connects the ulterior to the interior. Where patterns are re-interpreted so that they connect the actual and the imagined, conventional truth and subjective experience, structure and agency.
Her working method is defined by the experimental approach to narrative and non-narrative film making and different modes of representation.It elicits a radical restructuring of our experiences.

Nowadays, there seems but little space for an emergence of the other – a situation, a routine, a person that is different; a space for those who fail to fit in. The objective is to open up a third space, where the physicality of the medium and the ephemerality of concept are juxtaposed in equivalence. Taking apart the physical and conceptual elements of the medium film to create new cross connections. Revealing and unraveling the organism. An investigation into the perception of analogue film and the image’s surface.